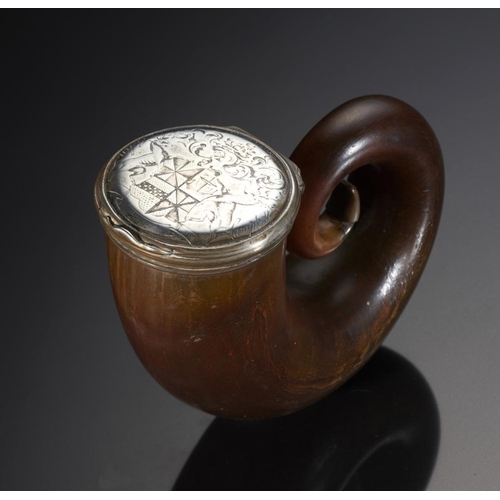 JACOBITE RELIC. A SCOTTISH SILVER MOUNTED HORN SNUFF MULL, C1740 the lid engraved with crest, helm and shield of arms, motto FOLLOW ME and Colin Campbell, the underside inscribed The Mull Used by LORD BALMERINO (Beheaded on Tower Hill in 1746) Given by him on the scaffold to the officer on guard/If Lost to be Returned to Mr Josh. Knowles No 2 New Inn London, 9.5cm h and Warrant of William Henry Cavendish Bentinck Scott Marquis of Titchfield, partly printed, appointing Joseph Knowles to be Adjutant Captain of the Corps of St Andrew & St George the Martyr Volunteers, signed, sealed and delivered, 28 January 1803 (2)

A remarkable, if macabre memento, of one of the most fervent leaders of the Jacobite Rising of 1745.

Arthur Elphinstone, 6th Lord Balmerino (1688-1746), resigned his commission following the accession of the Hanoverian George I in 1714. Having taken part in the Jacobite rising of the Old Pretender in 1715 and making good his escape after it was put down, he joined the French army, not returning to Scotland until 1744 to join forces with Prince Charles Edward Stuart, the Young Pretender. Balmerino was captured at the Battle of Culloden and with two other Scottish noblemen taken for trial by his peers in Westminster. On the day of his execution, immediately before he was beheaded, when he presented this most quintessentially Scottish of personal possessions to the Captain of the Guard, he delivered a resounding, unrepentant cri de coeur, uttering "If I had a thousand lives, I would lay them all down in the same cause". 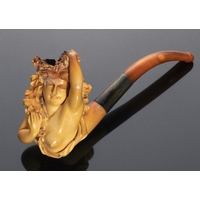 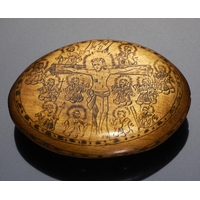