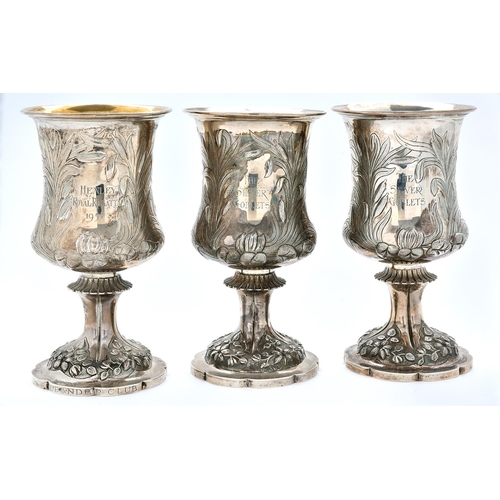 Provenance: Christopher Guy Vere Davidge, OBE, DL (1929-2014) of the Leander Club (Founded 1818).
The Silver Goblets and Nickalls' Challenge Cup is the premier event for coxless pairs at the illustrious annual Henley Royal Regatta on the River Thames.
Chris Davidge won the Silver Goblets three times (as represented here) on the first two occasions partnering Tony Leadley and in the 1963 competition Stuart MacKenzie. Educated at Eton College and Trinity College, Oxford, he was in the Oxford boat in three boat races, 1949, 1951 (when the Oxford boat sank causing the race to be rerun on the Monday) and 1952. An Olympic oarsman, he rowed for Great Britain in the 1952 Olympic Games at Helsinki, the 1956 games and lastly the XVII Olympiad in 1960. Chris Davidge also rowed for his country in the 1962 Commonwealth Games at Perth, Australia and twice in European rowing competitions during the 1950s. 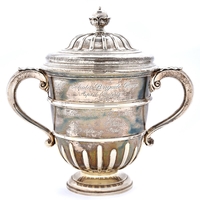 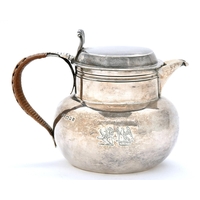