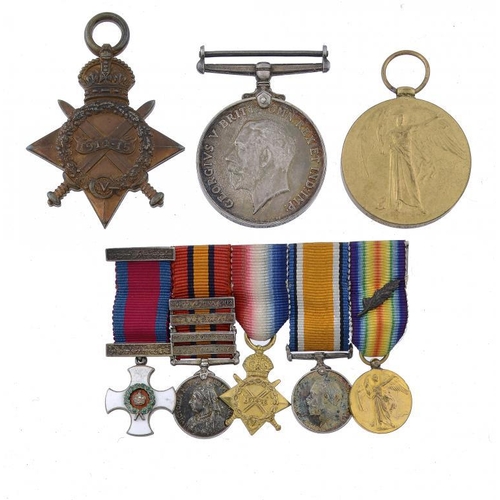 WORLD WAR ONE GROUP OF THREE 1914-15 Star, British War Medal and Victory Medal MAJOR R G KEYWORTH RHA [LT COL R G KEYWORTH on pair] with a set of miniatures attributed to the same, including DSO and QSA with four clasps and an silver and enamel badge

Robert Geoffrey Keyworth was born on 24 January 1873 and commissioned 2nd Lieutenant Royal Artillery on 17 October 1892. He was promoted Lieutenant in October 1895, Captain in 1900, Major in October 1909, Lieutenant Colonel in September 1915 and Col in September 1920. Dunster Force was under the command of Major Lionel Dunsterville and was engaged in operations in and around Baku on the Caspian Sea in early-mid 1918, subsequently in Macedonia, the Balkans and Turkey, thereafter in Russia. Keyworth's QSA was sold DNW, A Collection of Medals of the Anglo Boer War Part II, 18 September 2014, lot 21. 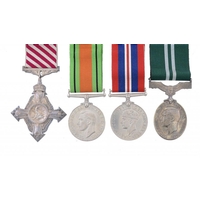 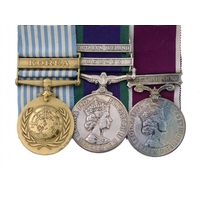