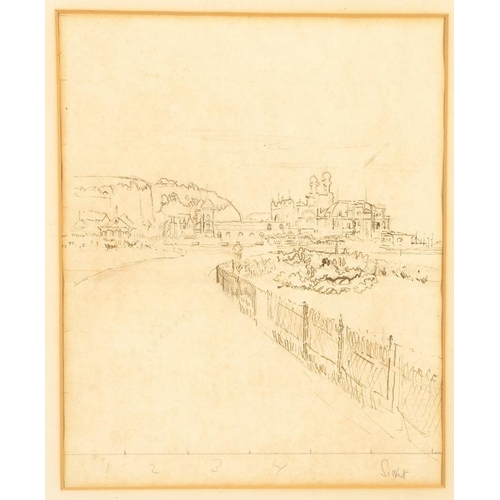 The present meticulous drawing of the Boulevard Aguado, leading to the Casino at Dieppe almost certainly dates from around 1920. A date in August 1914 is a possibility, since the outbreak of war that month forced Sickert to move from Envermeu into Dieppe, but since it is not mentioned in Sickert's extensive correspondence with Ethel Sands that Summer, in which he gives a full account of the townscapes he was then working on, this seems unlikely. On his return to Envermeu after the war, he made drawings such as this, and a few paintings, of the streets and buildings at the western end of Dieppe. In 1920 he began the extensive series of pictures of the interior of the Casino, with its scenes of gambling. With its indications of squaring there is clearly the possibility that the drawing was intended as a study for a painting, although it is not known if such a picture was actually executed. The ornate Moorish Casino and the extensive gardens were finished in 1886 and survived until 1926. The drawing has a particularly distinguished provenance. Owned by the Sickert collector and authority on Faberg�, Abraham Kenneth Snowman (of Wartski, the jewellers), and subsequently by Raymond Mortimer, the writer and critic, it was inherited, with many important 20th century British pictures in the Mortimer Collection by the eminent historian, Jack Robert Lander. For Richard Shone's essay on Raymond Mortimer, please see the foreword to the Christie's Catalogue referred to above.

Faint horizontal crease and some very light mainly peripheral time staining as a result of the old card mount, in the lower left corner under taking light a clear impression of the watermark... NGRES 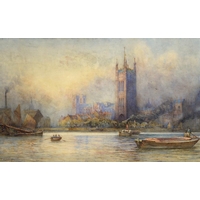 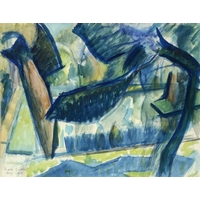