London, Bradbury and Evans, 1853. First edition, THE SCARCE 13 PARTS ISSUED IN 12, WITH THE ORIGINAL ORANGE WRAPPERS, mixed 1st/2nd issues. The following points are noted for our copy: Part III page 95 has the 1st-issue misspelling of 'Dundleton'; Part IV contains the 1-leaf advertisement for the "People's Illustrated Journal", but the 16-page advertisement "Ford's List of Prices" has sometime been removed; Part VI has the slip advertising a "Cheap Edition of the Works of Mr. Charles Dickens"; Part VII has a 4-page advertisement for "Allsop's Pale or Bitter Ale"; Part VIII has the 2nd-issue woodcut on p230; Part X has a rare "R Ackermann 191 Regent Street" yellow calligraphic printed label applied to bottom margin of upper wrapper; Part XI has an 8-page advertisement for Allsop; Parts XII and XIII have the slip announcing the extra Number of "Household Words", the advertisement for the first Number of "The Field", the slip for "Punch's Almanack", the slip for "Handley Cross", and the 4-page publisher's advertisement. The wrappers are in good condition with some slight chipping to head and tail spines, a few small closed tears etc., upper cover to Part I faintly soiled and a little dusty, but a good set, all 13 hand-coloured plates are present, woodcuts throughout, housed in a later cloth-bound solander box, cloth worn in parts 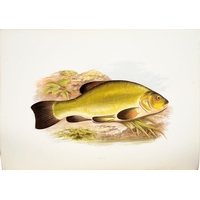 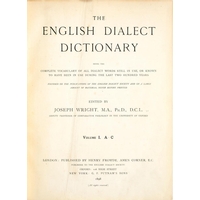