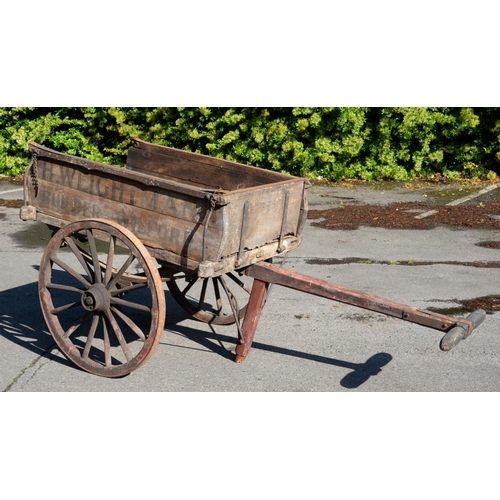 Provenance: Herbert Weightman was born in North Muskham near Newark in August 1884 and the youngest of four children. After schooling he was apprenticed to a local builder around 1900. He became a member of the Operative Society of Bricklayers (Newark Branch) on 28th September 1907, and was responsible for constructing several houses in the vicinity. In February 1921 he moved to the village of Wilford where his two sisters lived, and he continued working in the building trade, mainly in that village and with some of his houses still standing. He continued house building and jobbing work till the start of the 2nd World War, when aged 61, he was sent to Bedford to help in the construction of Aircraft Hangars and by the end of the war he had retired. Herbert Weightman died in 1955.

This handcart was used by Herbert Weightman to carry ladders, tools and building materials after he had first arrived in Wilford, and before he had a more mechanised means of transport. The cart had been locked away in it's shed, at his property, many years before, and was rediscovered by his great nephew - the present owner, around 1965. 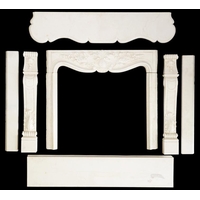 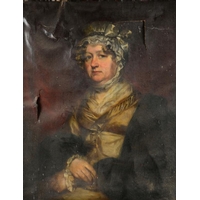