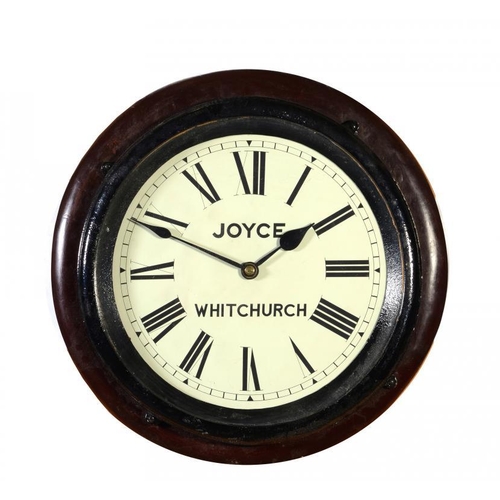 Provenance: Part of the original stock of J B Joyce, acquired in 1965 by Smiths of Derby Ltd, by which sold at auction in the late 20th c.

A clock of similar design supplied to Great Western region, thought to be by Joyce is illustrated Lyman (I) Railway Clocks, 2004, fig 3.75 & 3.76 & 7. The firm of J B Joyce of Whitchurch had its origins in the 17th century, but by the Victorian period had become one of the best known manufacturers of clocks for public buildings. The firm was awarded contracts to supply 'Horological services to the LNWR' and several other railway companies and as the present clock proves, continued to maintain railway clocks until the 1960s.

In fine condition and working order 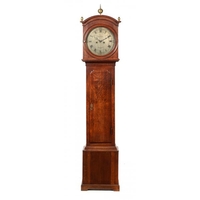 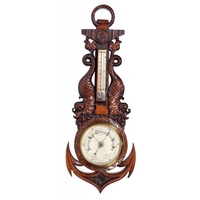