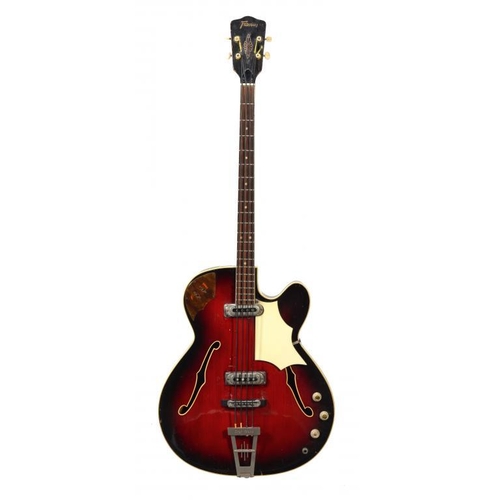 Provenance: The contract was recently discovered concealed within the instrument, which is presumably the guitar Heinz played at the venue and date specified in the contract, and for which he was to receive �90.

A revolutionary figure on the early 60s British pop music scene, Joe Meek's tragic life as a maverick record producer sound engineer and songwriter was recently the subject of the film Telstar, after the Tornados 1962 instrumental hit which was produced by Meek.

Heinz, one of the Tornados, was one of the several pop star bassists of the day to favour the German made instruments.

Good overall condition consistent with age. The guitar player ? with a stray arm (neck) electric control/wiring present but both untested and sold as a collector's item - not for use unless tested by a qualified electrian. The Selmer hard case retaining most of its yellow check tolex covering, catches all present, signs of wear, blue plus lining present, lacks handle. Contract - creased horizontally where folded once, otherwise good but for several small rust stains; filing holes 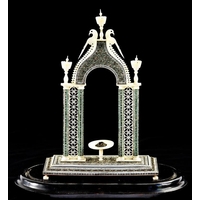 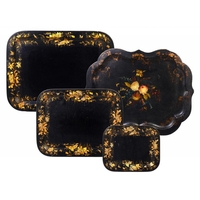