THE ORDER, DECORATION AND MEDALS OF FREDERICK STANLEY CARPEN... 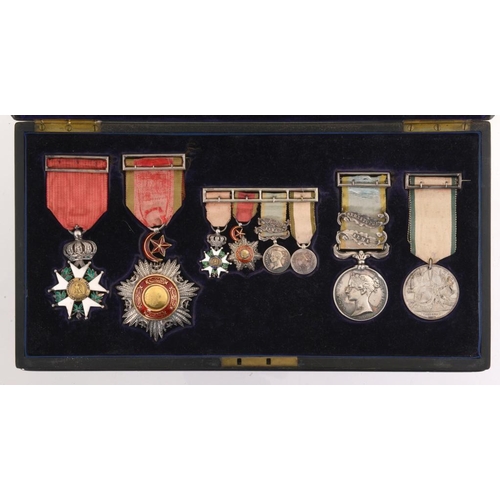 THE ORDER, DECORATION AND MEDALS OF FREDERICK STANLEY CARPENTER (1817-1890) CAPTAIN AND DEPUTY COMMISSARY-GENERAL comprising Crimea Medal, two clasps Alma and Sebastopol F S CARPENTER, DEP. COM. GENL., Turkish Crimea Medal British issue, France, L�gion d'Honneur 5th Class, Ottoman Empire Order of the Medjidie 4th Class engraved on (detached) disc on the reverse F S Carpenter Dep Com Genl and a contemporary set of miniatures, all with silver buckle, in ebonised display case, his unpublished manuscript Crimean War Journal, 20-26 September 1854, 17.5p "I went on the field this evening after the Battle [of the Alma] and the sight was such as one would not wish to witness again - the ground in some parts was literally strewed with the dead and wounded, many of the latter would not be moved that night" and, on the march to Balaclava, "...the white flag of surrender was then hoisted by the enemy and we marched into the little town", five letters to his wife Emma (whom he had married in April 1850) from his father in law Thomas Bernard of Bedford and one to Carpenter himself when they were in Quebec, 1852-3, a partly printed letter from the Earl Granville to Carpenter, October 24 1851, informing him of the award of �1,200 "as a recognition of the admirable manner in which the business of the [Great] Exhibition has been carried out" and a draft of Carpenter's reply

F S Carpenter was Financial Officer of the Executive Committee for the Exhibition of The Works of Industry of all Nations, 1851. In the royal opening procession Carpenter was placed immediately after Owen Jones and immediately before Isambard Kingdom Brunel. He was later a partner in Thomas Barnard & Co, the Bedford bank of which his father in law was a partner. Carpenter lived at Moorland, Kempton, Bedford and when on the Commissariat had served in the first part of his career in Hong Kong. 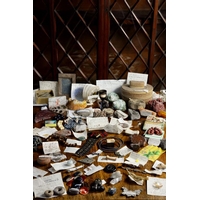 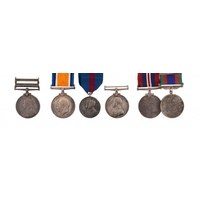