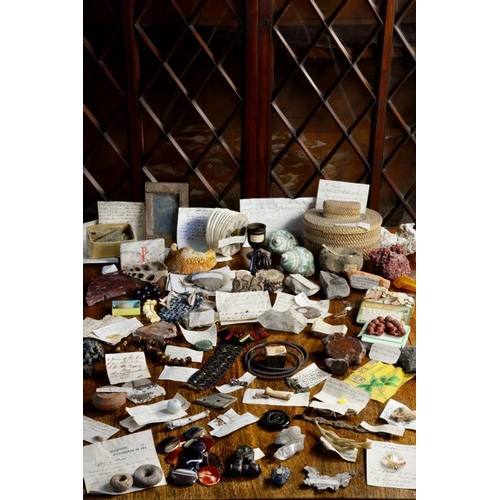 LADY READE'S 'CABINET OF CURIOSITIES'. THE ANTIQUITIES, RELICS, ARCHEOLOGICAL OBJECTS, CURIOS AND MINERALS COLLECTED BY LADY READE FOR HER CABINET AT CARREGLWYD IN THE 19TH C including objects found on or near her Anglesey estate and many retaining her handwritten label, including

Piece of [medieval] tile dug up at Cef... farm in Llanfairynghornwy parish about 1812 Several fragments of wood from the wreck of the "Royal Charlotte" [1773]

A bracelet taken from a house in Sebastopol which had been evacuated that day, 1856

Part of an Egyptian mummy

The tooth of the King of Portum... who made a pilgrimage to Rome in the Third Century. Presented to me by Mr Donovan. The tooth dropped out of the skull in his presence 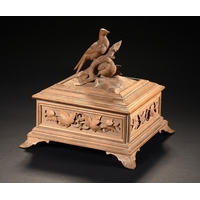 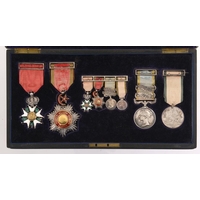