THE HISTORICALLY IMPORTANT AWARDS FOR DIRECT ACTION BY A WOM... 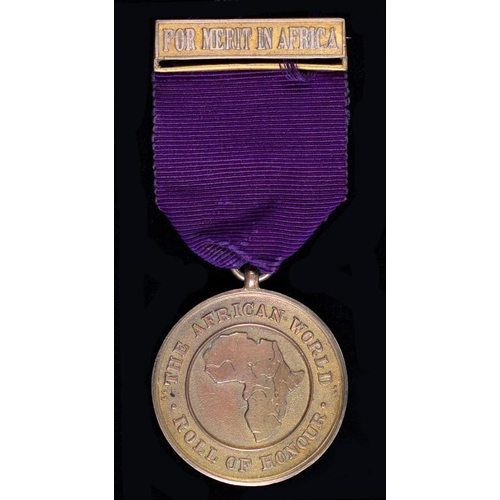 THE HISTORICALLY IMPORTANT AWARDS FOR DIRECT ACTION BY A WOMAN DURING THE BOER REVOLT IN THE UNION OF SOUTH AFRICA NOVEMBER 1914 comprising a gold and enamel Union Jack flag brooch, reverse engraved Presented by some Johannesburg admirers to Mrs Willie Pienaar having bravely rescued the Union Jack from rebels at Winburg November 1914, marked 18 CT, gold and enamel brooch of the Sons of England Patriotic and Benevolent Society [est 1881] rev. engraved MRS MARIA PINAAR and gold medal of The African World [and Cape-Cairo Express of London, founded 1902] with For Merit in Africa bar, rev. engraved For Saving the Flag at Winburg O.F.S. November 9th 1914, 3.2cm, 9ct, by Mappin & Webb, Birmingham 1914, a gold fob shield for shooting awarded to her husband W A Pienaar 1914 and a bronze badge by the South African Mint, stamped 409 (5)

On the morning of November 9th 1914 three young local women, anticipating the imminent arrival of an anti-British rebel commando "bent on looting and mischief" (according to a local magistrate) under the nominal control of General Christian de Wet (1854-1922) resolved to keep the Union Flag flying over the Town Hall in the small town of Winburg in the former Orange Free State.

On arrival one of the rebels raced up to the Town Hall and hauled down the flag. The women retrieved it from the ground whereupon they were challenged "in a truculent manner" by mounted troopers who galloped up to the scene. Seized with indignation at this affront to British Sovereignty Mrs Pienaar instantly wrapped the flag around her waist and declared she would "take care of it 'til our own people return and then it will be put up again". Nonplussed, the rebels turned about and rode off. The flag was secreted at the Pienaar's house until as soon happened a column of loyal soldiers arrived and the flag was swiftly hoisted.

The Boer Revolt, otherwise known as the Maritz Rebellion began in September 1914. It was an attempt to start a third Boer War precipitated by the opportunity of the surprise outbreak of World War I. Its suppression by February 1915 hastened the South African army's conquest of the German colony of neighbouring South West Africa in July 1915.

That one of the 'weaker' sex could be possessed of such strength of character, principle and as heroic as a man were notions already under attack, as evident for example, in the growth of support for Women's Suffrage.

Maria Pienaar's story was widely covered in South Africa, the 'Star' featuring it over several weeks and not so subtly changing the emphasis from calling it a "Pretty Winburg Story" to "The Heroine of Winburg" and ultimately, after the response of its readers, launching the Pienaar Flag Fund to present Maria Pienaar with a silk Union Jack as "a recognition of her loyalty and pluck". In London, The Times and Standard newspapers ran a slightly sexed-up version informing its readers that Maria had scornfully told the rebel leader "... you dare not touch me...when decent people return we will haul it up again." 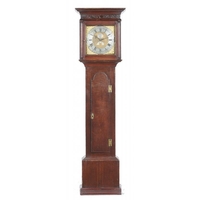 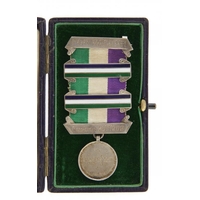